Frugal Living Ideas from The Great Depression and WWII 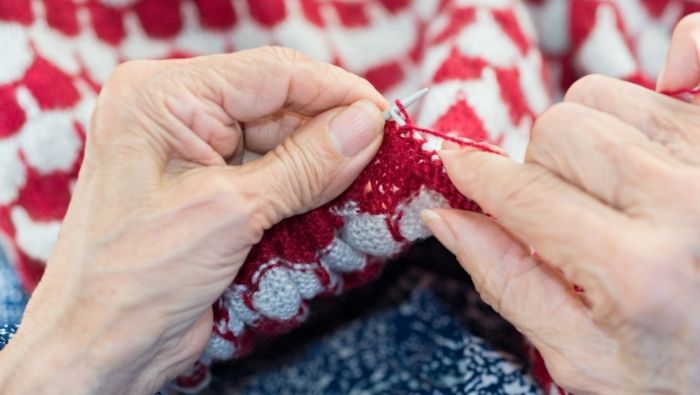 Dear Gary,
One thing that we sometimes forget is that conservation and frugality is not a new practice. During the Second World War, our parents and grandparents had to be very creative in running their households on the home front. I would be very interested in advice and suggestions from our older readers on how they made things go a little further, and last a little longer.
Karen

Gary,
One of your readers asked about how to prepare for uncertain times. Given the current financial uncertainty, it seems appropriate to learn how tough times were handled in the previous century. Perhaps you have readers (or their children) can remember specifics about rationing and other sacrifices during World War II.
There could be some good stories out there.
Frank

My mother was a war time wife and young mother in England. Even in the 1950’s I remember her saving used matches near the gas stove. This was in the days before automatic ignition and pilot lights on gas cookers. She would strike a match to light one of the burners. If she needed to light another burner later on, she would take one of the ‘dead’ matches and light it from the already lit burner. She told me this was something they did in the war to save matches.

Also in WWII, with an acute shortage of stockings, the young women would rub gravy browning into their legs and draw a fake seam up the back of their leg with an eyebrow pencil!

She had no money or resources to buy her first baby a Christmas gift. She took one of his terry toweling nappies (diapers) and sewed it into a little toy dog, using permanent black ink to draw on spots and a face. Orange boxes were turned into furniture. Someone gave her an old carpet and she cut off the border and hand stitched the edges to make a stair carpet. The center piece was similarly finished and used as a large floor rug. Old parachutes were made into underwear, etc. Nothing was ever wasted. Everything had a use.
Jeni in Australia

There is a lovely cookbook entitled Square Meals

by Jane and Michael Stern. It contains a large central section on the cuisine of WWII, including rationing at home and what the GIs were fed. It is full of little anecdotes about the period and some of the recipes are excellent. There are several that use tomato juice in wholly unexpected ways that might prove helpful for parents whose kids think tomatoes are yucky. Also one suggestion for a Victory Garden dinner that is entirely vegetarian and seemingly yummy.
Phyllis

For some great recipes and short stories about the folks who contributed them, check out a copy of the cookbook put out by the Green Thumb Program, which is called Green Thumbs in the Kitchen

. The recipes are primarily from folks who lived through war and depression and could make almost anything with basic staple ingredients. The short stories they share are just as enjoyable! The Green Thumb program is a federal program which provides part-time employment to senior citizens – one of our countries greatest resources!
April 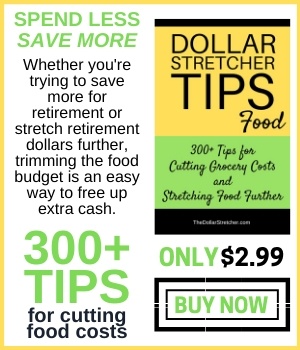 My mother-in-law has told me about a shortage of rubber pants for babies during WWII. She solved the problem by buying shower caps at the drugstore and cutting holes for the legs!
Marie D. in Klamath River, CA

In the early days of WWII, my mother would send me to the local meat market to buy chopped meat (I don’t know if it was called hamburger in those days). It was 25 cents for two pounds. As I was leaving the house, she would tell me to be sure to ask the butcher for some soup bones and also some suet, which he would happily include in the 25-cent purchase.
Joe B

Here’s a thumbnail sketch. First we had air raid wardens and sky watchers in New York. No lights to show outside of a home during alerts. Cars had stickers on the windshield that authorized the days and amount you could receive plus gas ration booklets. Food was generally available though soaps, butter and some meat cuts were not easy to get. Chocolate and sugar items were always hard to get, although our family was in the coffee roasting and major brand candy distribution business so we had ours.

We also had meatless Tuesdays. All meat fats (bacon grease, etc.) were saved in cans along with recyclable paper and cans. We were paid for what we turned in and a lot of us kids made extra money. All bottles were sold with a deposit.

Most meat and dairy, clothing and other products were rationed using a book of stamps. You could trade with other people. All old clothing was collected and sent to where it was needed. Bundles for Britain started before our entry into the war. We had air raid drills in school and usually ducked under our desks. War bonds and savings stamps were constantly being promoted and sold.
Henry

The Things We Did

I was nine years old when the war was declared and remember vividly the sacrifices we made. We lived in a row house in Philadelphia where we had only a small front yard of grass the rest being concrete. People all over grew vegetables for their own consumption in that grassy area. We got margarine packaged in plastic that had a yellow “bud” inside that you had to knead to get it to break and it then colored the margarine yellow. Some people called it “margareen”. Butter was rationed as well as meat, shoes, gasoline, sugar.

My grandmother, who did most of our family’s cooking, was very inventive in making meals that made the most of stretching the supplies we could get. We did not have meat a lot of the time but neither did anyone else. We each had a pair of everyday shoes and people put newspaper linings in their shoes to lengthen their life and we had shoemakers that would put new half soles and heels on your shoes. Not many shoemakers around today.

I remember our family car was a Mercury that when new was a burgundy or maroon color which was faded to almost pink on the top half. It was “babied” along because no new cars were available. When the war ended and cars could be ordered again, there was a very long waiting list and when we finally got one, you took what color you were given and glad of it. One thing always puzzled me was that Lucky Strike cigarettes were once a deep green package and then they changed it to a white package saying that Lucky Strike green had gone to war. What that had to do with the war effort was beyond me.

My mother was an air raid warden. She had a flashlight and hard hat and went to meetings in the neighborhood. I also remember going to the New Jersey shore which we had to reach by train (who could afford the gas stamps) and the lights along the boardwalk were blackened on the ocean side. Everyone just made the best of what they had and I learned valuable lessons in being frugal. I still have a couple of war ration stamps.
Nancy

Although I am not an older reader, this made me remember a recipe of my grandma’s that she gave me. It is from World War II. They had to ration their use of butter, eggs, and milk. I haven’t made it in a long time, but the question prompted me to pull it out; in looking at it again, this is a very economical dessert.

Mix ingredients thoroughly, bake in a 325-350 degree oven until toothpick comes out clean.
Tami B.

Remember when the heel of loaves of bread were saved and used to make stuffing or as croutons in soups? Fried bacon grease was saved and used as a cooking oil. Leftovers were saved and combined to make tasty soups. Oatmeal was used with ground beef (3 lbs./dollar) to feed large families of 6, 8 or more. Salad dressings were homemade, baked fresh bread and cinnamon rolls were common. Mainly, women stayed at home and raised the family – spiritually, morally and socially. Home economics was taught at home and Mom was a financial wizard that could save money under dire circumstances. Love and self-sacrifice was the norm and not the exception.
T.