How a Con Man Targets and Takes Advantage of the Elderly 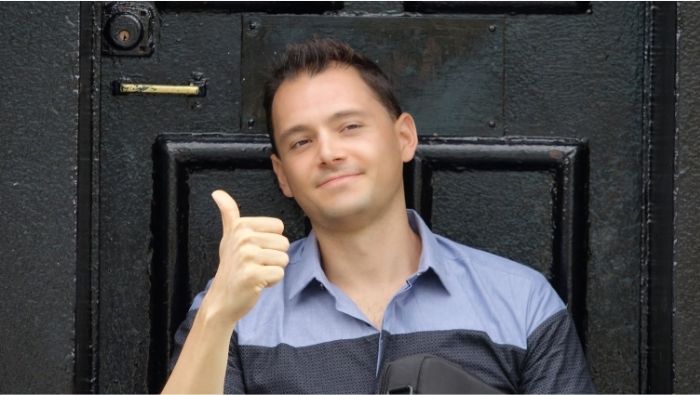 Read these confessions of a con man to learn how to protect yourself or your elder relatives from con artists who target and take advantage of the elderly.

Hey, guys! My name is – well, I never tell my real name. You think I’m your grandmother’s handyman or gardener. I’m really a con artist, sneaky thief, and occasionally a burglar.

I con people (usually elderly women) out of valuables. Sometimes I’ll steal them. I re-sell the stuff at huge profits.

To find my prey, I distribute flyers at senior citizen centers, post signs on telephone poles, or knock on doors advertising I’ll mow lawns or do odd jobs.

I am very respectable and likeable

As a kid, I’d say I was “working my way through school” even though I was a drop out. These days, I’m a “disabled veteran,” “off duty fireman,” or “laid-off factory worker.” I’ll use whatever sounds respectable. I’m so charming that old ladies hire me right away.

After working awhile, I’ll ask for a glass of water or say I need to use the bathroom. That’s when I case the joint. I might pocket something small like jewelry, cash, credit cards, or keys.

I’m friendly. I like to sit and chat with the old broad. She’ll tell me how long she’ll be out of town, what day she goes to the hair salon, and when her bridge club meets. Now I know when to break into her home!

I pick locks with the best of them. I’ve made friends with her dog, so it won’t bark at me. And neighbors are used to seeing me around.

I’ll say, “Mrs. Kalinsky, that’s a pretty vase!” She’ll give it to me on the spot. Mrs. K. doesn’t realize her 1920s Tiffany vase is worth over $10,000. Antiques Road Show has nothing on me. I memorize every issue of Kovel’s Antique Trader and know its value!

Anyway, they’ll never suspect me! I’m their friend. I’m the ultra-religious neighborhood nice guy. I quote the Bible right and left. They think I go to church every Sunday.

Actually, I’m out selling their valuables at some flea market or auctioning them online. Most old folks don’t own computers and won’t see their stuff being sold!

Sometimes, folks practically beg to be ripped off

Take Mrs. Brown. When a minister on television wanted donations, she sold me her 1890s mantle clock for $25. I re-sold it for over $1,500. I’ve bought several goodies this way! Mrs. Brown thinks she’s “doing the Lord’s work” by sending money to that TV preacher’s mission in Haiti.

We’re out there. According to “The MetLife Study of Elder Financial Abuse: Crimes of Occasion, Desperation, and Predation Against America’s Elders,” older Americans lose upwards of $2.9 billion a year due to all kinds of elder financial abuse. There isn’t even a specific, separate category in the FBI Uniform Crime Report for my kind of “work.”

MetLife’s study found victims typically are in their 80s, live alone, and need help with home maintenance or health care. Women, my favorite targets, are twice as likely to be scammed.

More than a third of us are the victim’s relatives, friends, or neighbors. Sixty percent of perpetrators are guys like me, males ages 30 to 59.

But we’re not always con men. Sometimes I’ll send my girlfriend to visit a lonely old man. She’ll have a hard luck story and a smile. He’ll help her out with money. Lots of it!

What makes it easy for me to swindle someone

What makes our racket so easy is embarrassment. Victims are ashamed they’ve been swindled. They’ll keep it secret. In fact, according to the Retirement Industry Trust Association, only about one case in 100 of senior fraud is even reported. That makes what I do pretty low-risk for me.

What I do falls into a gray area. According to Waco, Texas Police Department spokesman Sgt. Patrick Swanton, it’s “hard to prove a criminal law has been broken” when a person voluntarily gives something away.

Older people may be lonely and may be inclined to talk to people. “Even if someone is in your home doing work for you, they are strangers,” warns Jenny Shearer, a spokeswoman at FBI headquarters in Washington. “Be careful with information you give them.”

First, use a legitimate business, one that advertises in the newspaper, local broadcast, or phone directory. Check them out with the Better Business Bureau or Chamber of Commerce.

Only hire workers who are bonded and insured; I’m certainly not going to do this!

Learn your city’s licensing requirements for various jobs and require workers to have all necessary credentials.

“If anyone shows up on anyone’s doorstep to do work, especially if it was not initiated by you, it’s best to be wary,” Shearer advises. “Don’t let them in.”

Hey, if you did Grandma’s chores, home repairs or yard work, she’d never hire me. As a con man, I hope you don’t heed this advice. If you do, I couldn’t get rich.

Oops, got to run! I’m looking for new victims. There’s a car with a handicapped sticker. Probably belongs to old folks. I’ll knock on their door and say the gutters need cleaning. Bet I can get some real nice valuables out of them!