What You Need to Know about Compound Interest at 50+ 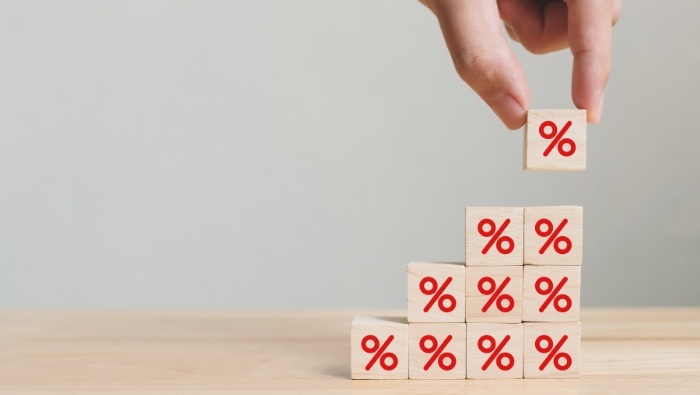 Do you think time is no longer on your side when it comes to compound interest? Think again. You still have time for it to work for you…and against you.

Using compound interest correctly can make your retirement finances more secure and safe. Use it incorrectly and you could find yourself working at a part-time job that you don’t like to avoid running out of money.

Unfortunately, surveys show that people heading for retirement haven’t been using compound interest wisely. According to Chris Hogan of chrishogan360.com, the average savings balance for people in their 50s is $160,000. It’s $182,100 for the people in their 60s. For most people this won’t be enough to support their ideal retirement.

What is compound interest?

The value of compound interest

Compound interest is important for savers because the interest you earn doesn’t require any additional work or effort on your part. It happens automatically! It’s as if someone is giving you money every year because you saved some money once in your life!

The real value of compound interest is that the longer it works the more powerful it becomes. In our example, we earned $10 in interest in the first year and $11 in the second. In the third year, we’d earn $12.10 and each year would be more than the year before. Clearly an extra $1 won’t make you rich, but if you’re saving hundreds or even thousands a year in an investment or retirement account, the interest earned can be significant.

Get the interst you deserve. Compare rates with this tool from an After 50 Finances trusted partner.

The danger in compound interest

Just like any powerful tool, compound interest has a dangerous side. It works against you if you borrow money. Let’s use our example. Suppose that you borrowed the $100 instead of investing it. And let’s further suppose that you paid $15 to the lender at the end of the year. Only $5 would go to reduce the amount borrowed. The other $10 would just pay off the interest owed. If you didn’t pay anything back, the balance would increase by $10 the first year, $11 the second year, etc.

A prime example of that is when student loans payments are delayed. Under certain circumstances, you can stop paying on your student loans for a time, but the interest keeps adding to the balance. It’s not uncommon for student loan borrowers to find that their balance has increased by 50% or more in just a few short years.

That might seem like a strange example for someone approaching retirement, until you consider the stats. “The number of borrowers over the age of 60 with student loan debt grew from 700,000 in 2005 to 2.8 million in 2015, according to data from the Federal Reserve Bank of New York cited by the CFPB.” (source: MarketWatch.com) Mostly it’s from people who have co-signed for their children or grandchildren. Often when the student drops out or graduates but can’t find the salary they expected, the co-signer is left with the debt.

Related: What to Know Before Co-Signing a Student Loan

The rule of 72 and compound interest

The rule of 72 is a rough tool that investors have used for years. It says that you can divide 72 by an interest rate to get an approximation of how long it will take money to double in value. For example, money loaned out at 10% would take about 7.2 years to double (72 divided by 10 = 7.2 years). The same is true if you’re borrowing money.

Time and compound interest can be your best financial friend or your worst enemy. If you were able to save money in your 20s and 30s, you’ll reap the rewards of compound interest as you enter your retirement years.

If you’ve struggled financially and haven’t put anything aside for retirement, it’s still possible to use compound interest to your advantage. Paying off your credit cards is a good way to take advantage of compound interest. For every dollar you pay off early, you’ll be earning 15% or so.

And it’s not too late to save, even in your 50s or 60s. Life expectancy is in the mid-80s. For a couple that reaches age 65, there’s a 50% chance that at least one of them will live into their 90s. Therefore, you can still save money and have compound interest work for you.

Ben Franklin knew the power of compound interest. He wanted others to learn of its power, so when he died, he left $5,000 to Boston and $5000 to Philadelphia. He had some rules on how the money could be used. It was to be used to create a fund that would last for 200 years. The money was to be loaned to the needy at 5% interest. At the end of the first 100 years, each city could withdraw a half million dollars from the fund. The rest was to be loaned out for the second 100 years.

As you might expect, the cities didn’t follow the rules precisely, but Ben Franklin made his point. Compound interest is a powerful financial tool. And that’s a lesson that’s important for every adult today.