What Could Negative Interest Rates Do To Your Retirement? 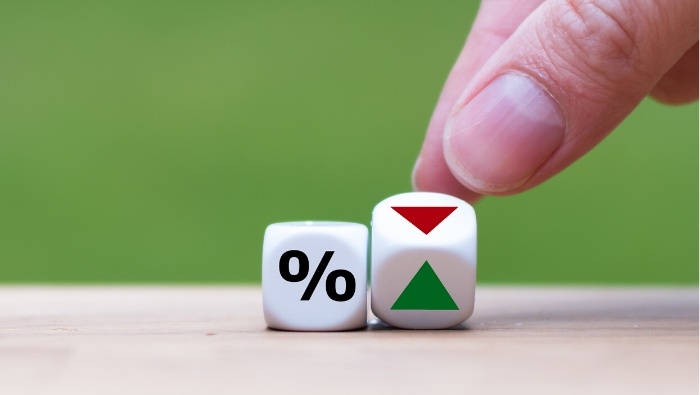 Mr. Pine: We’re all familiar with low interest rates, given where they have been over the last few years, but there is no natural law that prevents interest rates from dropping to zero or even going negative. It seems almost counter intuitive that such a thing could happen, but a negative interest rate is a situation where you the investor are guaranteed to receive less money than your original investment. If a bank account charged a negative interest rate, you might put $100 in the account, with full knowledge that you would only get $99 back.

Q: Why would investors be willing to pay interest rather than collect it?

Mr. Pine: Security. Or at least the promise of security.

If an investor is worried that other investments may generate huge losses, they might willingly buy a “safe” government bond, even if that bond has a slightly negative interest rate. In the mind of this investor, it is better to accept a small guaranteed loss than to risk a bigger loss in other investments. For example, following the Brexit vote in the United Kingdom in June of 2016, the Swiss 30 year government bond traded at a negative interest rate. Investors were scared enough that they were willing to accept a guaranteed loss for 30 years rather than leave their money in riskier investments like stocks or corporate bonds.

The second reason has to do with inflation.

This is not an obscure or theoretical situation. Well over 10 trillion dollars of bonds worldwide, an amount representing a third of all government debt, is trading at negative interest rates. Japan and most of Europe have also been battling deflation.

Q: Retirees typically count on being able to live on the income their savings generates. What can they do to combat very low or negative interest rates? By shifting some of their savings to alternative investments, aren’t they increasing the risk of losing their principal?

Mr. Pine: Definitely yes. That is the tragedy of our current environment. Through a combination of market forces and central bank policies, interest rates on traditional yield-bearing investments are abnormally low. This is driving investors, in their hunt for yield, to take investment risks that they really shouldn’t be taking.

Q: Sometimes in an effort to get higher interest rates, investors reach to lower rates bonds. How can retirees weigh that extra risk?

Mr. Pine: First, be very careful. There is a reason why “high yield bonds” used to be called “junk bonds”. That was a smart rebranding decision on the part of the bond market.

Your biggest risk with a lower-rated bond is the credit risk. This is the risk that the borrower will never pay up, which will leave the bond worthless. You can mitigate this risk by buying a basket of thousands of bonds through a mutual fund or ETF.

The other way to mitigate credit risk is to pay a fair price when making the investment. Pay too much and you’ve locked in a risky investment at a low yield. Wait and pay at a lower price and you will lock in a higher yield, hopefully high enough to make up for any losses you’ll see from defaults.

For investors who want to get more fancy, one tangible metric to look at is the high yield spread. The high yield spread is the difference between the yield you would get on a junk bond vs. the yield on a safe Treasury bond. Since the credit risk on a junk bond is far worse, you want to be sure you are getting paid a significant amount of extra yield over a safer Treasury bond. This difference in yields is called the “spread” and that spread changes over time. Going into the 2008 recession, that spread was a mere 2.5%. At the depths of the recession it exceeded 20%. Today it sits at 5%. A more risk-averse investor will want to wait until the spread grows or “widens” before buying into the high yield market. Anyone interested in learning more about junk bonds should take a look at the yield spread chart over time. A great place to look is the St. Louis Fed’s website.

Q: Part of the reason for low interest rates is to get the economy going again. But what happens when it does pick up. Couldn’t that trigger inflation? And, if so, what can the retiree do to protect their nest egg?

Mr. Pine: It could trigger inflation, yes. That is certainly the aim of the central bank policy makers. They are aiming for a sustainable inflation rate of about 2% annually. We and most other developed countries have been well under that number for years, so central bankers are doing what they can to bring inflation back.

It seems really simple, but if inflation happens, investors will want to own cash flows that increase with inflation. Traditional bonds don’t do this. A bond pays you the same fixed income year after year. Investors instead will want to look at real estate, dividend stocks, or even Treasury Inflation Protected Securities. The idea is to find investments that pay more as inflation rises.

It is important to note that low inflation may be around for longer than many expect. Recall that people were worried about hyper-inflation in the “Quantitative Easing” years following the 2008 recession. Central banks were printing money, but without the economic activity to circulate that money, high inflation didn’t happen. To use an extreme example, Japan has battled deflation or low inflation for two decades. Until we see a noticeable uptick in economic growth, low inflation and low or negative yields may be here to stay.

Gary Foreman is a former financial planner and purchasing manager who founded The Dollar Stretcher.com website and newsletters in 1996. He's the author of How to Conquer Debt No Matter How Much You Have and he's been featured in MSN Money, Yahoo Finance, Fox Business, The Nightly Business Report, US News Money, Credit.com and CreditCards.com. Gary shares his philosophy of money here. Gary is available for audio, video or print interviews. For more info see his media page. 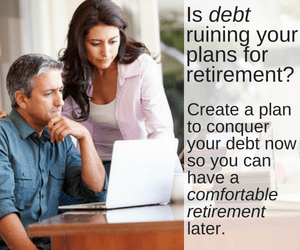