Will You Outlive Your Retirement Savings? 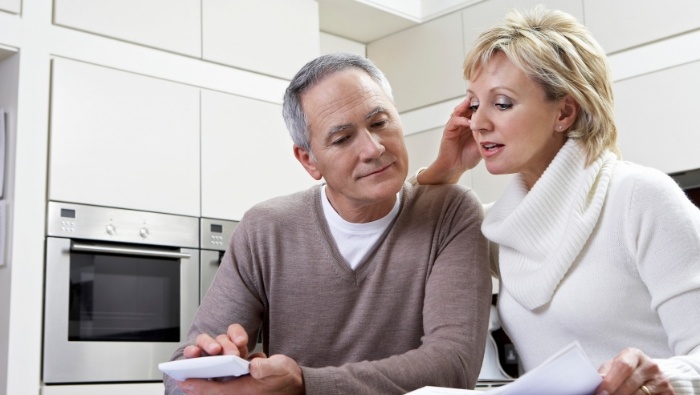 It’s a question most of us ask ourselves. Will we have enough money to fund our entire retirement? Take these steps to protect yourself against financial disaster and make your money last as long as you do.

Will you outlive your money? According to surveys, over half of all retirees live with that fear. They cite historically low interest rates on their savings, the uncertainty of Social Security, and increased lifespans as reasons for their fears that they could outlive their money.

Back in the 1930s when Social Security was started, rarely did people live very far into their 70s. Most people needed enough saving and Social Security to last them for just a few years. That’s all changed now. If you’re average, you can expect to live to your mid-80s. A married couple at age 65 has a 50/50 chance that at least one of them will live into their 90s.

While those extra years mean many more visits from grandchildren (and even great-grandchildren), it also means that you need to have more money saved to make it through your retirement years.

How Far to Plan

Fear of outliving our money raises an important question. How far into the future should my plan go? Should I plan to age 90? Or further?

Clark Kendall, a CFP® with Kendall Capital in Rockville, MD doesn’t believe in just short-term planning for seniors. He says, “Smart, wealthy, well-educated people should have a financial plan that covers them until their 100th birthday party.”

Can You Count on Social Security?

For a generation, Americans looked to Social Security to provide a reasonable income for retirement, but if the Trustees for Social Security are correct, the Social Security trust fund will be out of money in 2033. They also expect that taxes at that time will only cover 75% of promised benefits.

No one believes that Congress could let Social Security go broke, but the longer they delay making changes, the greater the danger that they won’t be able to keep sending out Social Security checks without major disruption for non-retirees and the U.S. economy. One change that Mr. Kendall expects is that all Social Security income will become taxable to the retiree. That would reduce the amount they had to spend by the taxes paid.

What about Medical Expenses?

As quoted in Forbes, The Center for Retirement Research at Boston College estimates, “44% of men and 58% of women will specifically need nursing home care at or after age 65.” For many retirees, that stay could wipe out the savings they counted on for daily living expenses.

Unless you have significant savings, Mr. Kendall suggests, “If a couple does not have large financial means, they could and should buy long term care insurance.” Long term care insurance can be expensive and the price increases as you age. Therefore, purchasing it early could save you some money.

Most planners suggest that you use a variety of investment vehicles to protect against inflation. Along with short-term investments that provide principal guarantees, they recommend that you include stocks and hard assets that would appreciate if prices rise significantly.

Could “Staging” Your Retirement Be Wise?

Financial planners are also recognizing that retirement is not an all or nothing thing. Many baby boomers are staging their retirement. They are quitting full-time work, but still working part-time or for themselves on a part-time basis.

Their reasons for seeking a partial income vary. Some work because they enjoy good health and want to stay active. Others haven’t saved enough and need the extra income to support their desired lifestyle.

Will Debt Derail Your Retirement?

One of the most important ingredients for a comfortable retirement is to be debt free when you retire. This simple checklist can help you find out if debt could derail your retirement.